I recently finished reading Walter Isaacson’s biography of Steve Jobs, which I thought was a fascinating life story. There are so many things about this guy that pertain to any business that it’s an irresistible topic to tackle on the Gym Insight Blog. But I promise to visit the subject only one time, unless there is a call for an encore in the comments of course.

Steve Jobs, the co-founder of Apple computers, Next, and Pixar Entertainment was a complicated person to be sure. On one hand, he had a genius for design and business. Jobs had an amazing eye for design and marketing sense that was unique; his style defied convention. On the other hand, his personality might have held him back; it’s difficult to see how he got as far as he did apart from sheer luck. He could be tough to work with, arguably even capricious. But let’s stick with the positive and look at just one aspect of his legacy.

Designing For Markets Yet To Be Found 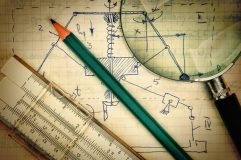 Marketing is a realm full of conventions and assumptions that work well and find the opportunities that are out there in the world. One common assumption is that you have to follow demand; it says that if you build it, they will not come, you first have to find out the products that consumers know that they want and then serve that market.

Like every other rule in business, there are exceptions to this one, if you have the deep insight to believe that you know better, which Jobs did on several occasions, the most notable example was his vision to create the iPhone. Other Apple executives who saw no existing market for a device that combined a phone, music player, and personal organizer resisted Jobs’ idea initially; the market had not been invented because consumers had never expressed an interest in it. Of course, the other side of this argument is the question of how consumers could know whether they wanted it if it had not been invented yet?

Sometimes when you have an inspired idea, you can turn the market on its head by committing to something that does not even have a proven market. That is what Jobs did with the iPhone; he took a huge gamble based on a belief that an untested concept’s time had come.

I don’t think many ideas fit this criterion if you bet the farm on a vision of the future it might help if you have the resources of a large multinational enterprise to soften the fall. But it shows the limits of conventional thinking and how a very talented designer could go beyond the boundaries of market demand to create an entirely new market.

Now, no one questions the validity of the smartphone and other companies piled into the market once they saw the opportunity and consumers knew that they wanted smartphones almost as soon as they first saw them. Conforming to the market still has its value. However, once in a while if you have an unusual idea that has never been tried before and the passionate belief in your product, you have to break all the rules and swing for the bleachers, as they say.

Insanely Great In Vision And Mission

Isaacson’s book chronicles how Jobs made it a mission to deliver “insanely great” products. Where managers had led Apple to cut corners and allowed teams that chased overlapping market shares with shoddy products while he was away. When Jobs returned to Apple, he simplified the offerings to just four computer models and demanded improvements in quality. The Steve Jobs ethos was always to deliver brilliantly designed products that he knew consumers would want.

While lesser executives focus on short-term profits and cutting costs, Jobs emphasized quality and value. I think that is the key to success and a genuine responsibility of managers and business owners: Create value in the short and long term and the profits will take care of themselves. I guess that’s the real lesson here, deliver insanely great goods and services with a little foresight and marketing finesse and you are going to have the edge that makes the marketplace give the passion right back to you.