It never hurts to look back at the predictions of the past and look at where the trends are leading at the present moment. I recently posted about the latest trends that were published by the American College Of Sports Medicine (ACSM). So I figured it might be appropriate to go back and look at how things are coming up from the view of the International Health, Racquet, and Sportsclub Association (IHRSA). Long time readers of this blog will remember that I posted an article about their trends for 2013. Now that we are through 2014 effectively it seems like a good time to updated and compare the points of the two information sets as well.

The Number Of Clubs And Trainers 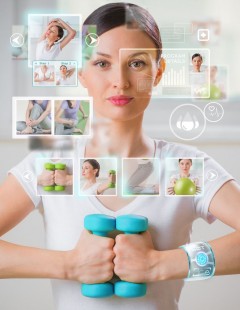 There has been an ongoing increase in the number of health clubs, gyms, and other fitness centers in 2013. According to the IHRSA. The number of health club or gym memberships has increased from 41.3 million in 2005 to 58.5 million in 2013. We are still waiting for the numbers for 2014. That is something to look forward to finding out in the New Year.

According to the Bureau Of Labor Statistics (BLS), there were 231,500 personal trainers in America as of 2011. The trend appears to continue as those numbers have now been updated as 267,000 for 2012 or a healthy 13% year-on-year growth. That is projected to grow to over 300,000 by 2022. It will be interesting to see how this goes forward; given last year’s expansion, the projected 2022 figure sounds low to me.

Getting The Nation Off The Couch

The Physical Activity Council Topline Report showed that over 60% of Americans regularly participate in fitness sports as of 2012. This is the fifth consecutive year in which these numbers have remained stable at 60% or more. What has developed since is that the rates of inactivity are decreasing, with older people leading the way to get into more active lives.

Unfortunately, the report shows that teens 13 to 17, and young adults 25 to 35 are two groups that are very not nearly as active as they really ought to be. In adults this can be attributed to the pressures of family and work life, in teens it’s more disturbing because the habits formed here will be those of a lifetime. Again, I sense an opportunity to be explored by small gym and fitness studio owners in catering to special populations both young and old.

For the coming decade, self-employed fitness trainer positions will grow by half the rate of the employed, at 6%. Self-employed athletic trainers, which the BLS puts in a separate category, are expected to marginally diminish in number, in the same timeframe. This is in line with data, which shows that self-employed workers are not keeping up with employment historically over the last decade. Some of that reflects caution on the part of workers, they have become more likely to hold on to jobs more tightly, and freelance on the side.

Last years IHRSA report and the recent ACSM report have different methodologies on what constitutes trends. If you would like to read the post about the ACSM trend report for 2015 follow this link. To read the original two-part post that I am summarizing here, follow this link to part one.

In all, it looks like the market is growing and continuing the upward trend. To say that the growth is accelerating may be a stretch. When you talk of one or two percent per year you’re flirting with the range of sampling errors, at least in the short-term. The survey methodology might also have an impact that imparts a slight bias.

However, there is an upward trend that seems to continue and that gives hope that the business will remain strong. So some interesting information here but hopefully, as the statistics keep coming out, they will continue to bring good news. Gym Insight Blog will be keeping a close watch on developments, so follow this website for future updates and opinions as details emerge.