Here at Gym Insight we’re always looking to the future of gym management software. To that end, we’ve been attempting to read the fitness trends in which our customers, as owners and managers of independent small gyms and fitness centers, have a real interest in understanding and anticipating.

With the coming Winter Olympics in Sochi, Russia there’s all the usual fanfare and spectacle. But this time there’s a definite high-tech edge, as Russia seems to want to show their technology prowess. If you’ve been following the Olympic Torch Relay you will have seen it cross Lake Baikal by scuba and handed between cosmonauts outside of the International Space Station.

The Squat Economy (Squat-Coin Anyone?) 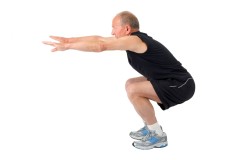 You may have seen reports in the media relating to the Winter Olympics that you can do thirty squats to get a free ride on the Moscow Metro subway trains. That’s a pretty cool way to get people to participate in exercise! It doesn’t translate into any real exchange of goods that could be confused with economic activity but there’s some definite social and marketing value to it.

The greatest value of course is the publicity it generates for the Olympics. The value to the health of the people of Moscow must be marginal at best. Apparently it was installed at just at one Moscow Metro subway system station. Still, the idea that you could have an unattended kiosk that watches, judges your form and then issues a ticket based on your completion of a required exercise task is amusing.

I wonder how that would work in America? Who knows? But there could be some really cool uses in the fitness business! It could pay off for marketers and small business owners that include services and facilities like fitness centers. The significance is, I think, that there are going to be uses of technology that are completely off-the-wall and innovative and, as yet, totally non-existent.

Play To Pay But What For?

If there were machines available to install what would you do with them? Well, if you’ve got a marketing budget anyway, you might hook it to a vending machine and dispense promotionally sponsored sports drinks in return for thirty squats or twenty burpees or some such similar exercise.The technology isn’t so far fetched. It’s already built into video game machines like the XBox Kinect.

It would just take a commercial application built into a vending machine case to launch a whole new line of self-service exercise equipment.  This could be a merchandising dream, to have a sports vending machine, located somewhere that gets foot traffic, and use it to give out your name-branded merchandise. What a great way to spread your name! If you were the first in the community to launched it, in combination with a press release to your local media outlets and the Internet, it could potentially be a great marketing campaign and interest generator for your gym.

Apart from the promotional aspect of it there’s the chance to make a machine that grades you on your dancing, golf swing or your skill level at any other sports activities. That’s probably something that the video game producers are already looking at. That sort of thing might represent a slight threat to fitness trainers as well.

I think that a lot of the people who sign up for a trainer would still want the human connection of working with an actual (by that I mean human) personal trainer. But there might be a few members who elect to stay home and be bossed around by their televisions instead. After all, stranger things have happened, like Wii Fit, for example.

As yet I don’t know of any source for a vending machine or ticket kiosk that responds to your doing any activity let alone squats. But who knows? There might be such a thing just around the corner and if it’s good enough for the Winter Olympics I think I could find something useful to do with it.

What are your thoughts on this type of technology?

Even if it did exist, would you still want a social gym connection or to be instructed by a human?

Could we realistically create a type of Squat-Coin?

A survey of personal trainers says that high-intensity interval training and bodyweight workouts will be the big exercise trends of 2014. Women and men with busy schedules only have an hour out of their day to get in strength training, cardio and flexibility,” local trainer Melanie Vollmer said. “That’s what everyone wants.”