Health Club Charity Ideas for Our Military Wounded and Veterans

I just posted an article that dealt with how health clubs can sponsor a charity organization while promoting their health club business.  Because Memorial Day is almost here, I wanted to give health clubs that are looking into sponsoring a charity some more ideas. 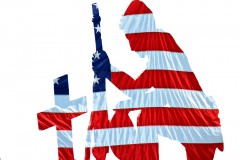 One of the most unappreciated and selfless professions is that of a military man. When people enroll into the military, they leave behind everything even everyone they love and put their bodies on the line to protect their nations. To be fair, helping war wounded or veterans should be considered a duty of every citizen..  To start, consider the one of the unsung charities that promote better quality of life  for those soldiers who are wounded in action and war veterans.

Here are a few of those.

If you are familiar with military terminology, semper fi is a phrase that is associated with the marines. It means “always faithful”. The Semper Fi fund was established to help the marines who are injured in action recover, or take facilitate a better quality of life for the veteran marines.  It is very difficult to tend to war wounds but the Semper Fi Fund tries to make the job as comfortable as possible. Thousands of marines have been benefited by this charity. The organization has had its share of struggles to keep the organization moving onward, but they attribute divine intervention as the source of their continuing service to those that have served us.

Operation Homefront is a non-profit organization that helps to take care of the families that soldiers leave behind, tend to soldiers who are injured in action, and even take care of the medical bills of war veterans. The organization’s motto is to provide financial, moral, emergency, and personnel assistance to families when the troops are in action. The organization was established in the year 2002 and till date, more than 741,000 families have been benefited by the generous gesture of this non-profit organization.

Iraq and Afghanistan Veterans of America

Without doubt, Iraq and Afghanistan are two of the largest offensives that the United States has launched internationally. As a result, there are a number of wounded war veterans, physically and psychologically, from these wars. The IAVA, as it is popularly known as, supports these veterans and their families financially and morally. The organization is currently supporting over 2.4 million war veterans. It was founded by Paul Rieckhoff, an Iraq war veteran himself.  His philosophy is that only a veteran will understand a fellow veteran’s need after the war is over and in times of trouble, which is true in a way.

Homes For Our Troops

The Homes For Our Troops initiative was started in a bid to help some of the severely wounded war veterans who could not manage to keep up their existing residences or could not manage to live in their homes. Some of them were severely handicapped. To help these people, Homes For Our Troops managed to generate a lot of funds and help build homes that are conducive for handicapped veterans. The veteran to whom the house would be handed was predetermined and the home is built according to the needs of the ex-solider.

The NMFA is a non-profit group that is dedicated to help the military men and their families lead a good quality life including all aspects to support a military family for its future. The organization is headquartered in Virginia and was started back in 1969. A group of war widows and wives got together and started this initiative which gained a lot of support from other patriots of the USA. The organization now receives donations from around the world.

Thank you to all those who serve this great America and to those families who love and support them.

Thanks Lawrence 4 posting this very extensive article abt military Veterans! I can appreciate it….I was in, tho a “long time ago”…lol! Even “slightly” disabled Veterans like myself can benefit from the Resources that can be available 4 them!! :)) I’m a member of Gold’s Gym, tho not sure if they “allowed” anything special on Memorial Day 4 Veterans!! God Bless :))

Good to hear from you again! No matter how long ago you served, thank you for making that ultimate sacrifice for me and America.