This week I felt inspired to write about handling membership cancellations. There are several reasons that they come to mind right now. It’s the season for peak sign-ups, which will be followed later by a wave of cancellations as the faint hearted drop by the wayside. Also, there have been some stories in the news about companies taking it very badly when customers cancel and complain. I think it’s worth mentioning because you can’t be too prepared when it comes to dealing with customer service crises.

Mishandling complaints can lead to a vicious cycle that, in this age of Twitter, Facebook and other media, might just backfire badly on you. Customers have more leverage and weapons to strike back with. Some cases the results have been disproportionately damaging to businesses. In fact, there’s even a name for it: “The Streisand Effect” and you do not want to bring that into your business in any way, believe me!

How To Handle Membership Cancellations 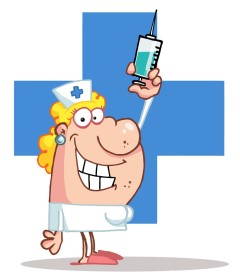 There’s plenty of information in the media and in business textbooks addressing the proper way to deal with cancellations. On the other hand, there’s a lot of information out there for consumers, on how to get out of a gym membership contract. But I have yet to run into descriptions of how gyms should pro-actively handle the membership cancellation process.

I know the theory that making the contract cancellation process difficult is for consistent revenue (small businesses depend on it), but the online reviews tarnishing the gym’s reputation can be difficult to overcome and will be a strong deterrence for those consumers wanting to purchase another membership but have been burned before.

It’s a balancing act: you don’t want lost revenue but you don’t want embittered customers either. If they are absolutely determined to terminate their memberships the best approach is to let them go respectfully and hope they come back. I am not advocating letting people walk all over you. Just remember how much work you put in to develop mutual respect and trust with your members and how easily that can be lost. Always choose your battles wisely.

I learned this lesson over the years from running my own gym. It’s like a Golden Rule that’s always served me well. When I developed the Gym Insight management software system, I applied that philosophy and values throughout. I made certain that it’s a straightforward process to terminate memberships and to stop recurring billing.

So what’s this Streisand Effect? Named for Barbra Streisand, after she tried to suppress pictures of her beach house being published. Initially she was the only one who cared and it wouldn’t have been a problem had she let it go. Her efforts brought so much attention that the pictures became widely distributed, the opposite outcome to the one she desired. Her effort to minimize the damage only made it so famously worse that it became an Internet meme with her name on it.

Making anything difficult for a dissatisfied customer will only motivate them to fight harder, much harder! Like you’re the worst person in the world. There are some businesses out there that have made unreasonable cancellation policies into an art form. Worse than that, a few of the most notorious have put sneaky non-disparagement clauses in their terms of service agreements and then attempted to take legal action against anyone who gives them a critical review. The result is vilification in the media when the word got out.

Trying to suppress complaints, bad reviews or angry customers always makes things worse. In extreme cases they might hold a grudge and become obsessed with destroying your business. Letting them go is a bargain. Maybe you lose a few dollars in cash flow but you save on not having negative publicity.

The cancellation process should be as respectful and painless as possible. But that doesn’t mean you shouldn’t politely attempt to change their minds. The process should be polite but you want to attempt to rectify the problem. Information gathering needs to be part of it. If it’s too easy then you may lose them without even knowing what the problem is. The trick is to engage with the member and try to understand what they are experiencing. If there are any solutions that retain the membership the only way you’ll get to offer them is through finding out what’s the problem.

At the end of the day, you want to have customers think well of you and maybe even return later. You can control this by the way that you respond to their actions. You may not be able to control their membership and fighting them is always a disastrous mistake. The best you can do might be just to remain friendly and open. Think of it as your inoculation against The Streisand Effect. After all it works both ways; the easier it is to leave then the easier it will be for them to decide to return.

How do you handle gym membership cancellations?