The largest fitness franchise in the world, Curves International, has listed close to 3,500 locations in the United States, where the health club first originated in 1992.[i],[ii]. The fitness franchise was co-founded by Gary and Diane Heavin in the year 1995,[iii] and has grown to an approximate 10,000 location worldwide.[iv]

Today it is present in over eighty-five countries, and has helped millions of women worldwide.[v] The owners of the health club, husband and wife, have their headquarters in Waco, Texas. Although it is specifically for women, some Curves centres allow male members as well. Their competition in this field includes Spa Lady, and Lucille Roberts.[vi]

Curves for Women currently lies 28th in the world’s ranking of top selling franchises.[vii] This is quite a remarkable feat considering the number of fast food joints like McDonald’s and Subway whose brand equity rises with accessibility. Among fitness franchises, the next in line is Anytime Fitness Inc. ranking 47th, and then Gold’s Gym, positioning 56th.[viii] 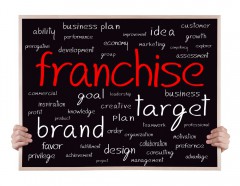 Curves Fitness has reached where it is, in so little time because of various reasons. Some of these reasons have been analyzed and listed here.

Bumps in the Journey

As in the case of any successful large firm or organization, things have not always been uphill. Heavin has been criticized for making donations to charities that advocate and promote pro-life and abstinence.  The press played a heavy role in criticizing his choice charities which ultimately affecting the Curves business.  Heavin has also had to combat lawsuits. [x]

Regardless of the struggles that every successful business owner faces in this day and age, we can all take a look at the roots of Curves success and learn something from their sound business model.

As a fitness business owner, what has been your success story and the obstacles along the way that you had to overcome?