Know Your Role And Play It

Leadership has an element of theater and what are we as gym and fitness center owners if not leaders? Personally, I got into the gym ownership business out of an urge to follow my passion. I had a burning desire to make a positive impact and make a living doing something that shares that passion with other people. All of the trainers that I’ve worked with over the years also appear to have been just as determined, as far as I can tell. I think that you really only get into a career in fitness to make a positive statement and lead positive changes in the lives of others. I don’t think that you can do it if you aren’t totally committed. 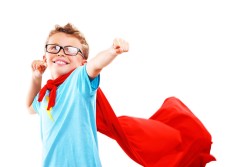 To follow on from my articles about mission and values I’d like to talk about some of the aspects of leadership that go unacknowledged all too often. One aspect in particular is the fact that as a leader you have to engage in a little bit of role play. You have to put up a positive front even when you really don’t feel up to the job. You have to act like a successful gym owning entrepreneur before you get the actual success.

Acting in The Role Of The Leader

Whether you realize it or not you role play when you act as a representative of any institution or company. Make sure that you know the role inside and out, like a professional actor. So, like that professional actor, who knows the script by memory from the first day of rehearsal, you should be versed in the standard things to say and do in your role as a gym owner and small business manager. Know the offer and menu and know how to manipulate your management software to get rapid answers to customer questions and set up sales, make it seem effortless.

On top of that you need to be aware of the way that other people look to you as an authority figure. Leadership has to be an appropriate mix of controlling, delegating and influencing through example and action. You’re a leader to your employees and to your customers. Your staff play a leadership role to your members also. In the gym as in the rest of life people look to leaders for a congruent example of how to act. It all has to come from you as the example of how to behave.

When Greatness Is Thrust Upon You

Accepting your role is not a matter of convenience, your role is a given, because of how others see you. Take on the role and run with it to be a true success. Perception influences actions and attitudes, and we create perceptions by the role that we project. If you are only just considering starting your own gym, consider if you are willing to take on this responsibility.

Entrepreneurs take on a mantle of greatness (just a little) if they have even one follower. It can be as important to set a fine example to your very first employee as if you have thousands on your payroll. In fact, a few people who work closely with you will require a more solid façade of leadership than many people who can only know you from a distance. This is good training for the future if you can learn to delegate and set the example with a small group and, as your business grows, you will grow with it.

I have worked with people at many stages of the development of their businesses. That’s been a great privilege. Seeing it from the perspective of a business owner for the gym, and as a software company owner, has allowed me to see snapshots of businesses at every level of development and success. There is a continuum of leadership that requires you to fake it ‘till you make it, which is another way of saying that by acting the role you will grow into it and expand further than you ever imagined you could.