Fitness Pioneers Who Continue to Inspire the Fitness Industry

Jack LaLanne was known as the “muscle man” of America, for his magnificent feats of strength. He was considered the father of the health movement, which later grew into a national drive for healthier lifestyles. LaLanne gained recognition for his achievements as a bodybuilder and chiropractor, and also for his prodigious and incredible acts of endurance and strength. He won several awards during his lifetime, and has his own star at the Hollywood Walk of Fame.

He was a true pioneer in every sense of the word. He incorporated what he learned from Anatomy of Human Body by Henry Gray into bodybuilding, weightlifting, and chiropractic medicine, something which was unheard of at his time. He opened his spa at Oakland, and dedicated all his time to help people better themselves through fitness and exercise. He is also the inventor of the pulley machines using cable, leg extension equipments, and the now-standard weight selectors used in gyms everywhere. 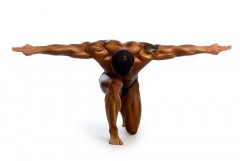 Joe Weider was a bodybuilding pioneer who is credited with creating a cast fitness publishing empire, and as the discoverer of Arnold Schwarzenegger. Born in 1919, Weider created his first barbells from wheels and train axle, and started weightlifting to protect himself against local bullies. He started a fitness magazine when he was just 16 years old.

Apart from being the founder of Muscle and Fitness, Natural Health, Shape, and Men’s Fitness magazines, he was also the co-founder of International Federation of Bodybuilders (IFB). He was the creator of Mr. and Ms Olympia contests for bodybuilders. He attracted attention from around the world on bodybuilding through his keen entrepreneurship and enthusiasm for fitness.

Weider discovered Arnold Schwarzenegger when he was in Europe for a bodybuilding contest, and brought him to US with himself. Schwarzenegger was then mentored by Weider in the business of bodybuilding, and played a key role in getting him an opportunity in the movie “Hercules of New York”. Weider is a legend in the fitness industry and very few can claim to have the same amount of influence on fitness as he achieved during and after his lifetime.

Arnold Schwarzenegger is one of the most influential and greatest bodybuilder in history as many would agree. He helped change people’s attitude toward this sport, which was regarded to be deviant and barely acceptable by the society. Indeed, before his becoming the greatest bodybuilder of history, the adherents of bodybuilding were seen as strange and insular subculture.

He has been a staunch supporter of using active living and sports as life altering pursuits and has inspired bodybuilders to succeed in various facets of life, while contributing to others along the way. He continued with his fitness pursuits even after becoming a world-class athlete, businessman, and a successful actor. He always practiced what he preached. Arnold Schwarzenegger still has a great reputation as one of world’s foremost bodybuilders, and even went on to become the governor of California.

Who influenced you to become part of the fitness industry?