I can’t think of one personal trainer, group fitness instructor, or even hardcore recreational gym goer that has not thought about, at one point or another, opening their own training facility. One of the best problems to run into when opening your own gym is the growing pains associated with selling a great product. Obviously, in a situation like this, organization is key to the long term success of the facility. 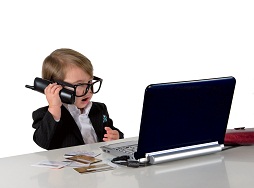 From personal experience, I was on board with a small new private training facility that started experiencing these exact problems. Early on, everything was handled via pen, paper, and excel. This worked very well with twenty and less members using the facility. Being primarily a personal training and small group fitness gym, the low number of members was easily manageable. All billing was done in person, each month. When members were late on payments, there were only two or three phone calls that needed to be made. Several class times were offered throughout the week that was under the assumption of “since people are paying, someone will show up at each time.” With no one signing up for a spot in the class beforehand, class sizes varied from one to fifteen people with absolutely no warning. Even with the larger class size, it was still pretty easy for one trainer to make sure everyone got their money’s worth.

Everything was working smoothly… until membership doubled. All of a sudden, with around forty members, those two or three billing phone calls a month turned into four or five a week. With no structured monthly time-frame for billing, everyone had dues at different times. The excel sheets became more and more disorganized. Common sense told the owners: “Well, with more members, we need more classes!” The problem with this was that some of the added class times had ZERO clients show up. With trainers being forced to leave the class times blank in their schedules, everyone seemed to be making less money even though there were twice as many members as before. Still, the gym kept moving on until something horrible happened.

Memberships doubled again. Now with close to around eighty members, collecting dues turned into a full time ordeal. Class sizes varied without warning between two and thirty. Equipment and space started becoming an issue but it seemed that no one had the time to research new locations or new equipment with the constant torch and pitchfork wielding style of bill collecting we were doing. Also, it seemed like no one had any money for equipment or a larger place. One of two things was imminent:
Either some drastic change in the way we billed, collected dues, and scheduled classes needed to happen or everyone was going to go completely insane.

After seeking advice from other gym owners and doing some research, everyone decided that gym management software was the way to go. Being mainly a bunch of meatheads, everyone was terrified of the big scary computer and everything it was capable of. The learning curve was very easy and no one had any problems accessing the systems and using the all the features of the software. A recurring payment plan was set up so that all members were automatically billed the same day each month. This cleared up so much time; everyone actually started making money again! The recurring payment system and automatic billing made long term financial planning much easier (it was basically impossible before). Also, members had to register for each class they wanted attend at least a week in advance. This made it so trainers did not have to show up if no one registered, leaving more time for them to train one on one clientele. Also, placing a cap on the class sizes made it so every member was getting the personal attention they were paying for and made the trainers more prepared for their classes.

I firmly believe that if it were not for the structure and consistency of a solid gym management software program, the facility would have either had to close or spend a ton of money on a full time financial adviser/accountant/bookkeeper. I’m sure there are many other stories like this one, but this was just my personal experience with how gym management software helped a small “mom and pop” owned gym solve problems, succeed, and prosper.

Thank you for this. I agree and we are at that point. We tried to go with Mind Body online but found that it was too overwhelming for us and not as user friendly as we had liked. What software do you use and what would you suggest? Thanks. We need help!
Ellen

I am sorry about your experience with MindBody. Insight gym management software was created specifically for a gym that I was running at the time and the absolute goal was simplicity. At the time of original program development, I was operating one small independent gym that did not require a lot of bells and whistles. Operating the gym while simultaneously creating the software did give me the ability to include functionalities that I found were lacking from the other gym software programs on the market. I hope this helps!

I know that we talked before via email but wish that you had a fee per month instead of a %. Feel free to e-mail me privately if you want to discuss other options. Ellen

I just wanted to notify you that Insight now offers a monthly fee for our software!

Thank you for the feedback!

My brother has a gym business and he wants to expand his business and be well organized. It was explained here that having a gym software can help double the members and organize everything. Moreover, it’s recommended to go to trusted businesses when wanting to buy gym software.

Yes these are important to having a successful gym business.