On The High Road To Premium Gym Ownership Success

Giving The Value Might Just Return It At A Premium

Obviously I have been writing copious amounts about marketing and premium business models. However, with the potential for value and return on investment (ROI) I think that it’s important to cover it as thoroughly as possible. As the saying goes: When you aim for the stars you’re not likely to end up with a face full of dirt. If Gym Insight can give you some true value in words you might see that our software is also worth looking at.

There are a couple of ways to increase ROI and I am going to step out on a limb here and claim that one is good and the other is bad. The good way is to provide a premium service and go for a niche in the market that is unique and popular, or at least underserved. The other way is to price it cheap and market to the non-attending niches of the market. I think that this second way is appalling!

The nature of any business requires that you have to get the highest return possible and pursue customers who’ll never attend even once. Maybe I’m an idealist but I do think there is a limit to that sort of strategy. It doesn’t do any good in the short term, and over time, it’s likely to become a joke or far worse. Relying on the hope of members, who hang on just in case they should start attending but never actually get around to it, is boarder line on an ethics accident waiting to happen.

Cheap Did Not Work So Well For Bally Total Fitness

Relying on non-attendance is a short-term strategy that could easily back fire in the next few years. Particularly with the way that outrage goes “viral” now. You need to be much more proactive and responsive, cutting off any potential problems before they get out of hand. 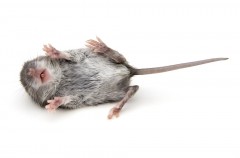 This sets up a sort of passive strategy where you are going to lose much of the marketing information that will determine how members feel about your service and what unexpected opportunities come along you will miss. Bally Fitness attempted to use the low price, multi-tier model for pricing, beginning in 2013. It seems like that didn’t work out for them. They now only have five (yes, five) gyms left in the company, according to the latest reports.

Yes it’s good to have an empty gym for some. It might be even better for them if they have some sort of structure and encouragement. Classes and friendly trainers can be used to actively nurture a passion for fitness. Done right, this strategy not only brings in current members it creates a buzz around your gym that will bring in curious potential future customers.

The proliferation of programs that charge a premium for unique and appealing services such as CrossFit or SoulCycle seem to be thriving, although fickle consumers have a way of changing their minds and moving on to the next big thing. What these brands do demonstrate is that there is a large segment of the market for gym memberships that is committed to fitness and is willing to pay a significant amount to achieve it.

According to the article on the NPR website that set me off on this rant there is one interesting economic fact: If everyone who took out a gym membership attended very regularly then the price of gym membership would be significantly higher. That would be good for gym owners and trainers. This might even relieve much of the burden on the medical community, as fitter people would most likely equate to healthier people. The extra cost of gym membership could then probably be saved from reduced medical costs. That sounds like some pretty awesome values to me!